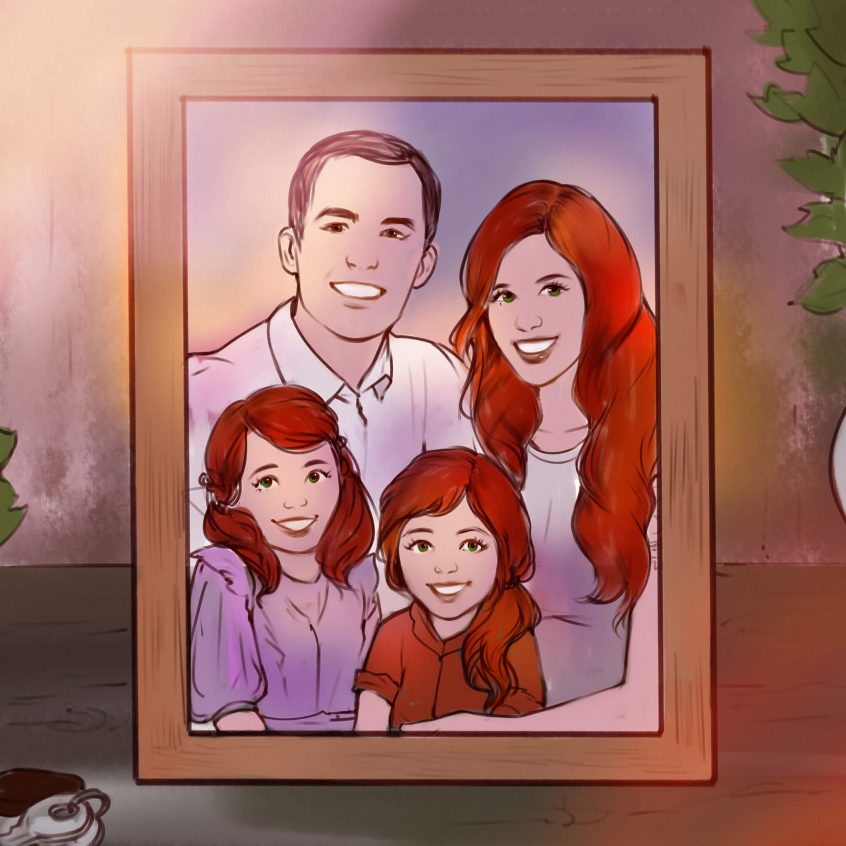 Eighteen-year-old Fia Aldridge always wanted to be an archaeologist, just like her parents, Anthony and Elizabeth (Tony and Liz). They were killed on an expedition in South America when Fia was thirteen. Fia’s sister Sophie was seventeen and in her second year of A-levels.

For almost a year Sophie fought to gain custody of Fia, but in the UK the minimum age to become a legal guardian is eighteen. Fia spent the year in different foster homes and hated every minute of it. Needless to say, the day of Sophie’s eighteenth birthday, she was granted custody and Fia moved back into their family home, a small flat in London.

Fia and her sister Sophie were named after their grandmother Sofia. Sofia raised Tony alone and died before her granddaughters were born. To honour his mother, Tony and Liz named the girls after Sofia.

Fia struggles to come to terms with Sophie’s death. In The Angel’s Calling: Daughter of the Phoenix Prequel, Alexander witnesses the accident that takes Sophie’s life, and feels it’s his duty to watch over Fia.

If you’ve lost someone close to you, know that you don’t have to go through it alone. Cruse provides free bereavement support in the UK.